From June 22nd to 24th, 2020, Huaruo Industrial Group carried out outdoor training for three days and two nights in The Outdoor training base of Chongdugou,Luanchuan County, Luoyang City.

The morning of June 22nd was full of rosy clouds, about 30 cadres and staff of Huaruo Industrial Group all went to the training base with high spirits and high temperament.After arriving at the training base, the drillmaster divided us into three groups, and the Little Tiger team, the Wild Wolf team and the Flying Tiger team were born, and each had their own team flag, emblem, slogan and team song.The outward bound training was officially opened in the flying flag, loud slogan and sonorous team song, and the mutual belief of the HUARO people was gradually sublimated.

In the subsequent training, the three teams experienced competition and cooperation, from concentric circles to tower of hanoi, from High altitude broken bridge to soldiers sortie, and until the final graduation wall, HUARO people have been baptized again and again.For three days and two nights,HUARO people have been constantly advancing, challenging and moving in terms of thought and action.Joy and tears interweave the most moving songs of HUARO people, rippling in the sky of the base, echoing for a long time, flowing in the blood of HUARO people.The concepts of pulls together,comes together,works together and race against time are no longer just a simple word, but a common memory of everyone in HUARO. 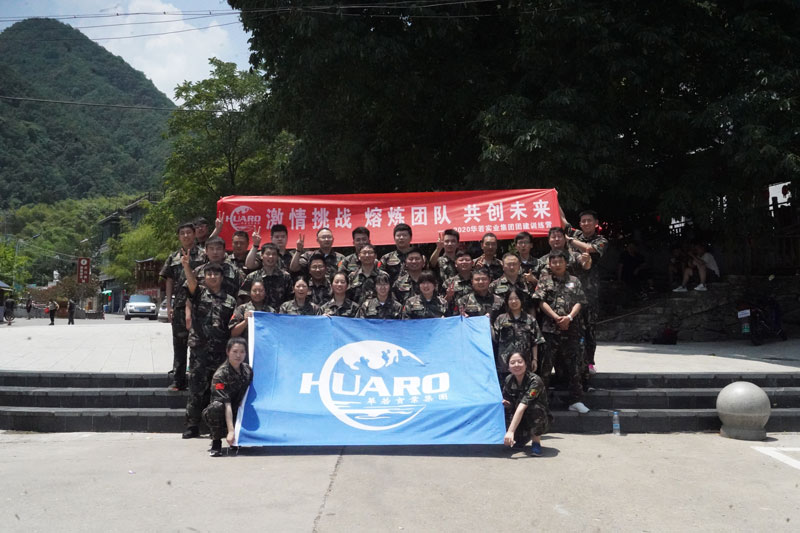